“I’d like to show people all kinds of different musical styles, both as a performer and a programmer. My life circumstances allowed me to experience big contrasts. Living in four countries with four very different cultures, languages and political regimes, and travelling a lot through the world have all made me a world citizen.” 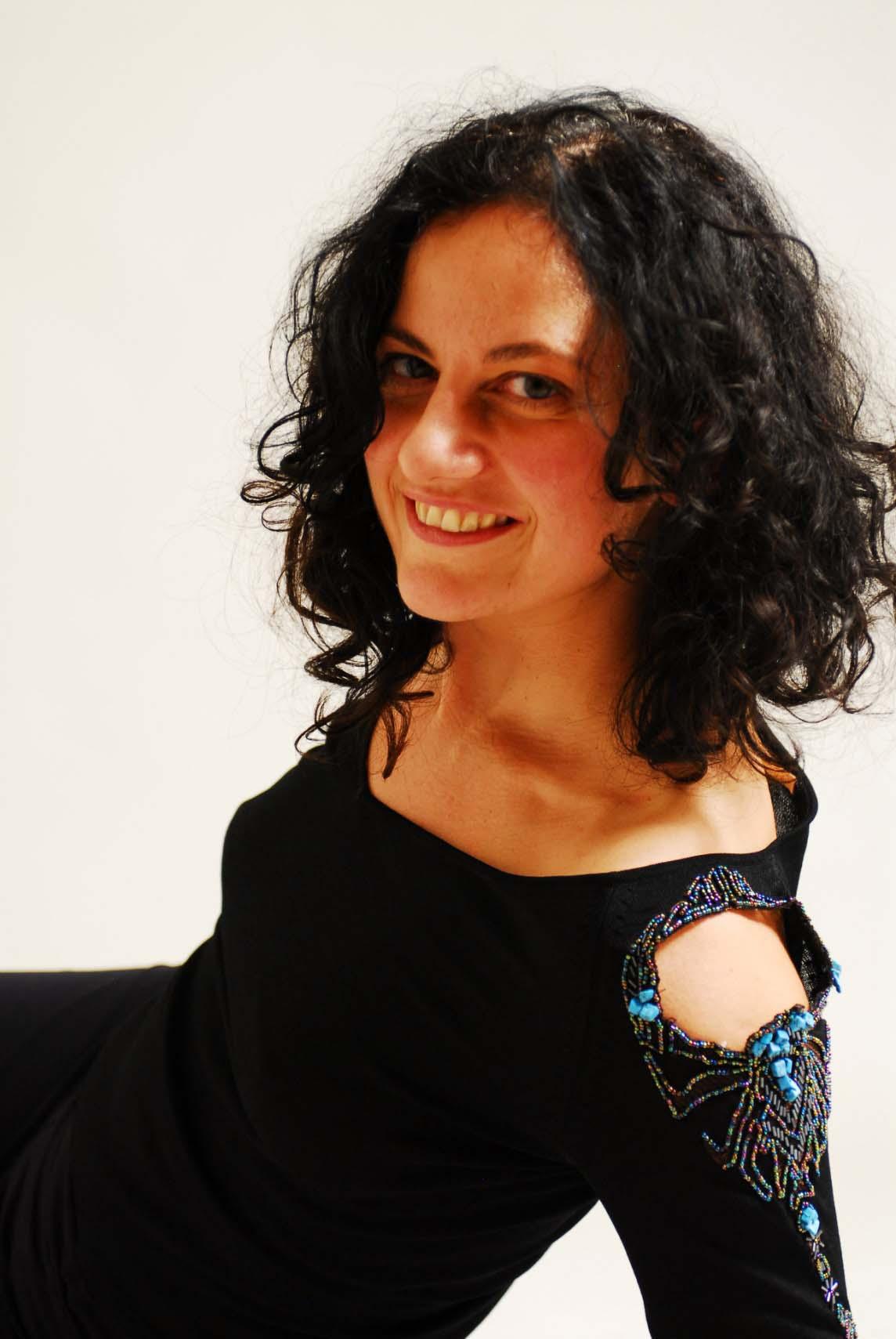 She has created very special music sessions in very special locations, aimed at pleasing all the senses. She loves early instruments. She wants to distinguish herself by bringing the world of music in all its facets to people in her own way. She has worked with some of the greatest names in music and played with the music world’s most famous orchestras/ensembles and conductors, such as Frans Brüggen, Philippe Herreweghe, Iván Fischer, Jaap van Zweden and the Italian violinist and conductor Claudio Abbado. She has also studied with the famous Hungarian violist (and her mentor) György Konrád, Professor Stanley Ritchie, violinist and former concertmaster of The New York City Opera Orchestra; Lucy van Dael, professor of baroque violin at the Sweelinck Conservatory in Amsterdam. Other fellow Hungarians with whom she has studied are the pianist Ferenc Rados, and the renowned cellist János Starker. Örzse Ádám can show you an impressive c.v.

Hungarian Örzse (a rare folk nickname derived from Erzsébet, the Hungarian variant of Elisabeth) Ádám, a professional musician since 1994, plays viola using bows from different historical periods. Besides a first-rate musician, she is also an enthusiastic and creative entrepreneur, a concert programmer with her own company, Musix For You/Classic For You. She is a multi-faceted and colourful musical jack-of-all-trades.

For eighteen years, Örzse Ádám also had a part-time position as a violist with the Holland Symfonia, the orchestra used by The Dutch National Ballet and Nederlands Dans Theater. Resident in the Netherlands since 1994, she graduated from the Franz Liszt Academy of Music in Budapest, Indiana University at Bloomington in the USA (a 4-year degree), and the Sweelinck Conservatory in Amsterdam. In 2006 she received a Certificate in Concert Programming from the ArtEZ Conservatory.

Örzse Ádám was born in the Hungarian part of Romania, in the small town of Oradea, very near the border with Hungary. Because education in Hungarian was banned under the Ceausescu regime, her parents moved to Budapest. Örzse says: ”I was already involved with music when I was four; I was studying violin, which I continued until I was fourteen and started viola. The viola looks like a violin but is a few centimetres longer, and it has a deeper timbre. From my childhood on, I was greatly inspired by colours and forms through my father’s works. He was a painter, and my mother taught Hungarian literature. I was also much inspired by poetry through my mother, the scents from my grandfather’s wonderful fruit garden and roses, tastes from my grandmother’s cooking and fantasy from the Hungarian fairy tales and folk music. I learned to live and enjoy life intensely, using all my senses.”

Örzse chose music at a young age. She remembers: “I received enormous support. My violin teacher Mária Werner regularly gave me extra lessons free of charge and helped me to borrow a very nice in-strument from the school. My parents also gave everything they had to support my study. My father was always dreaming of owning a car, but when my sister and I began with piano lessons our parents chose to buy a piano instead. We were too poor to afford both. I also played the viola d’amore, my favourite instrument, (photo left), an early viola with sympathetic strings.“

At the age of 14 Örzse auditioned for and was admitted to the Bartók Conservatory, the music secondary school in Budapest. Then at 18 she entered the Franz Liszt Music Academy in Budapest. At the same time she was studying at the Academy in Budapest, the 19-year-old Örzse got her first job, a 25 % part-time position with the Hungarian Radio Orchestra. She left the orchestra in 1989 when she unexpectedly was
offered a grant to study in Bloomington, Indiana in the United States. She studied there for four years, while continuing her studies in Budapest. “My studies in Bloomington were really impressive. I had lessons and master classes with the very greatest people in the music world: the Israeli violist Atar Arad, Rostislav Dubinsky, violinist of the Borodin Quartet, the Hungarian pianist György Sebök, the American pianist Menahem Pressler, the Italian violinist Franco Gulli and the American com-poser David Baker, with whom I studied jazz improvisation. It was here that I started specialising in early instruments, along with the viola and chamber music, with professor Stanley Ritchie, a violinist and former concertmaster of The New York City Opera Orchestra.

“I finished my Performing Artist Degree in Budapest. I needed special permission for my unique diploma programme idea: it was the first time in history somebody had performed on both baroque and modern viola within one diploma concert.” After her tour with the European Baroque Orchestra in 1994, Örzse found herself in the Netherlands. She had been encouraged and supported by the famous Dutch baroque violinist Lucy van Dael, and got a grant to complete a post-academic degree with her at the Sweelinck Conservatorium in Amsterdam. Right after arriving in the Netherlands she got a part-time permanent position as a violist with Holland Symfonia, the orchestra which accompanies the National Ballet and the Netherlands Dans Theater, and worked there for eighteen years. In early 2013, under the strain of the huge cuts in culture budgets, the orchestra cut the number of musicians from 140 to 40 and Örzse lost her job.

Örzse Ádám is also an active performer on both the modern and baroque violas and has been touring all over the world with musical ensembles/orchestra groups such as The Rococo Trio, The Holland Harp Trio, Arcadia Amsterdam, Musica ad Rhenum, The Amsterdam Baroque Orchestra, Les Musiciens du Louvre, die Wiener Akademie, Anima Eterna, The Ives Ensemble, The Dutch Radio Chamber Orchestra, The Dutch Radio Philharmonic Orchestra, The Amsterdam Bach Soloists and The Budapest Festival Orchestra. She has also recorded music for documentary and feature films.

“I have also worked a lot with Ernö Oláh, one of the Netherlands’ best light-music violinists, a fantastic violinist, I think he is also very special. He was the concertmaster of the [Dutch jazz orchestra] Metropole Orkest, I performed with him for a few years, and we used to play together in a string quartet. It’s actually my desire to move in a lot of circles, because that’s how you meet a lot of interesting people.” 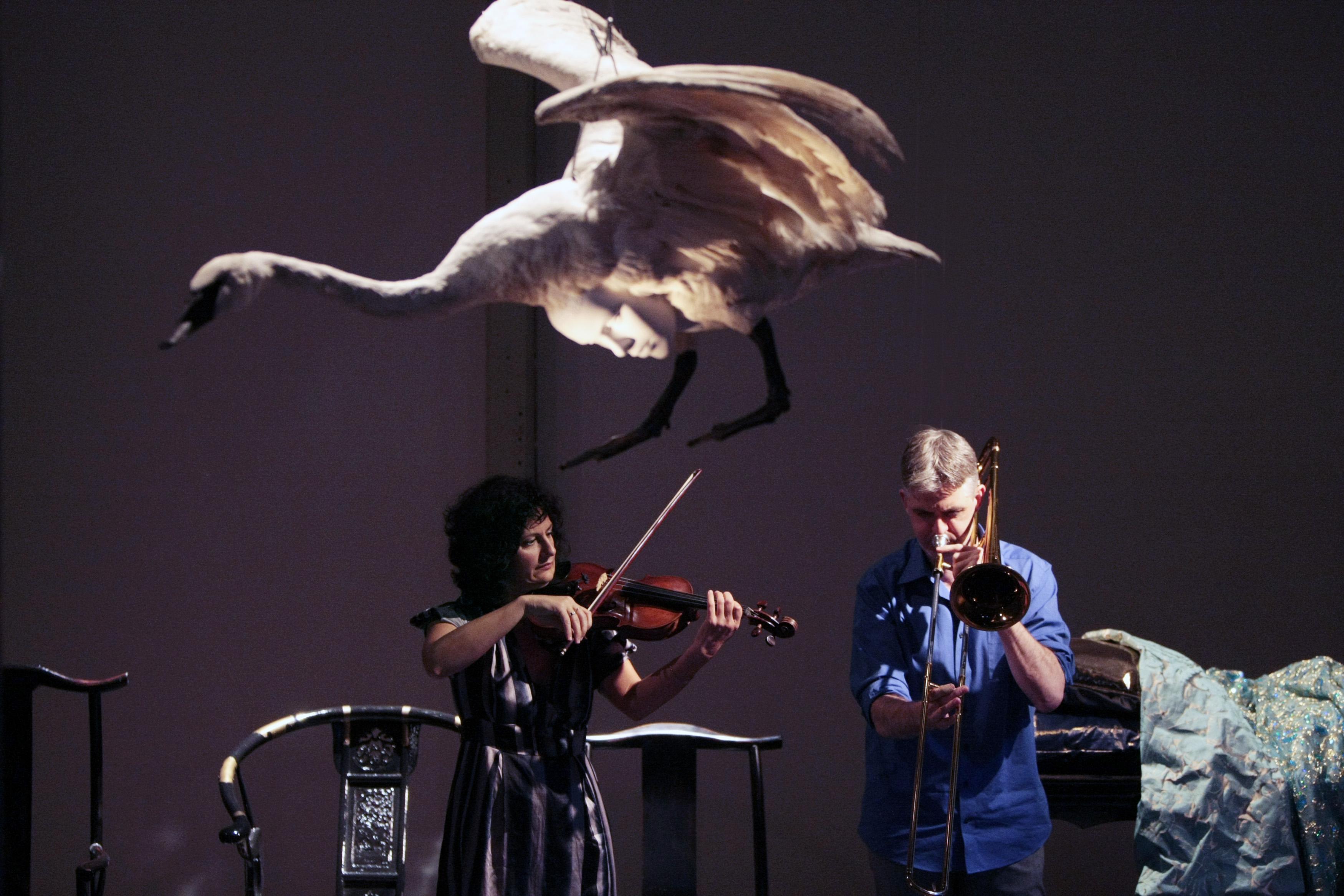 Örzse has played for years with Musica ad Rhenum, a group founded by baroque flute player Jed Wentz. “We’ve toured a lot together in the Netherlands, Germany, Austria and Israel. The group’s core activity is performing 18th-century chamber music. In 2013 Örzse Ádám participated in the Hortus Festival, a summer series of 28 spectacular “green” chamber music concerts, set in the botanical gardens and tropical greenhouses of the Hortus Botanicus in Amsterdam, Utrecht, Leiden and Haren, one of the Netherlands’ oldest botanical gardens, near Groningen.

Örzse ‘Ádám is over-ambitious. She can’t stop launching new musical ideas. Now she’s busy setting up a harp trio, she is also aiming to start up a chamber-music ensemble with early string instruments (violins, violas and cello, possibly with a pianoforte as well, or other instruments from after 1700. Örzse’s private life also has many sides. She’s planning to bundle forces with her husband Philip Thuring, a sport psychologist, to provide a platform for developing and nurturing young talent in music, dance and sport. Örzse was also the initiator and founder of the Forrás Chamber Music Foundation in Budapest, the “Uit de Bak” Foyer concerts in Amsterdam’s Muziektheater and the Holland Symfonia’s Culinary Chamber Music series in Haarlem, Alkmaar and Hoorn. Last but not least, Örzse is currently working on recording a solo CD.

Örzse Ádám studied with the renowned Hungarian violist György Konrád (photo), violist of the famous Tátrai Quartet. “I learned a lot from him about the profession of being a musician. My teacher and mentor György Konrád was a perfect example of a natural musician: seeking musical simplicity and flexibility, thinking quickly and practically. I also learned forms and styles from the pianist Rados and the composer Kurtág.” Örzse calls György Konrád a ”living legend” among Hungarian musicians. “He is now 89.He has played with everybody, solo or in chamber music.He was the solo violist of the Hungarian Radio Orchestra, and Budapest Festival Orchestra, The European Soloists of Luxembourg and the Franz Liszt Chamber Orchestra, and others.

“He is a very good-humoured, funny, dedicated person, who is easy to get along with, and a fantastic musician in every way, a very special natural talent. He is still working, which is almost inconceivable given his age. He says he keeps fit through humour, discipline and lots and lots of sport: tennis, football, swimming, table tennis and early morning mushroom picking. A great person and a model for all musicians.” Örzse also has a viola d';amore, which has six or seven melody strings instead of four. The strings are also tuned differently. Consequently the player must use very different fingerings.  “I love to play early instruments. I like both authentic instruments and modern instruments. I have two violas myself. One is a very old baroque viola from 1650 and a beautiful Italian viola from 1820. I also have bows from different historical periods. I also played the viola d’amore, kind of branch of the viola’s family tree for a few years."

FROM ‘CLASSIC FOR YOU’ TO ’MUSIX FOR YOU’

“I bring music to people”
As a trained concert programmer (she completed the Music Programmer course at the ArtEZ Conservatory in 2006). Örzse Ádám has run her own company, “Classic For You” (www.classicforyou.nl), for ten years now, organising concerts and musical events throughout the Netherlands. She organises monthly lunch-concert series in Amsterdam’s World Trade Centre, with different style ensembles. 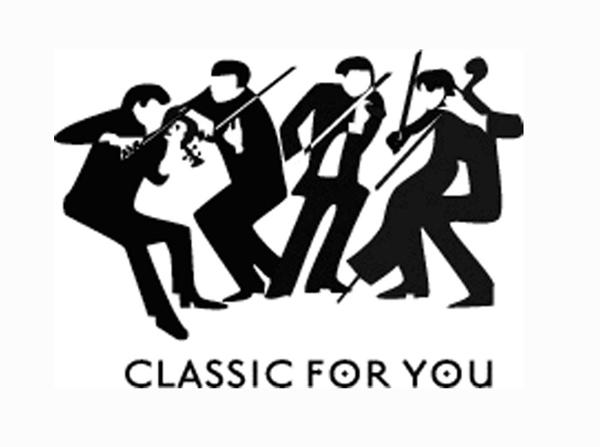 “Classic For You” is celebrating its 10-year anniversary, and is getting an “uplift”. It will be merged into the broader and more international company “Musix For You” (www.musixforyou.com), and the website will be given a redesign, but the logo designed by her father András Ádám will remain intact. “My idealism and desire that I want to show with my company Musix For You is to let people have a taste of different musical styles, putting on top-quality performances in unusual, original settings or combinations of instruments, or concert series. In concert halls or other locations where people really don’t expect that, and at business and private events. My career as a violist of course gives me a fantastic network of great musicians from a range of diverse musical styles and nationalities. I really want to lower the threshold between the music/the stage and the audience, and by doing that reach a wider and more diverse audience, people who wouldn’t ordinarily go to the concert hall, but who still get to hear really excellent performances. I bring music to people. And I am convinced that more styles and interpretations can reinforce e